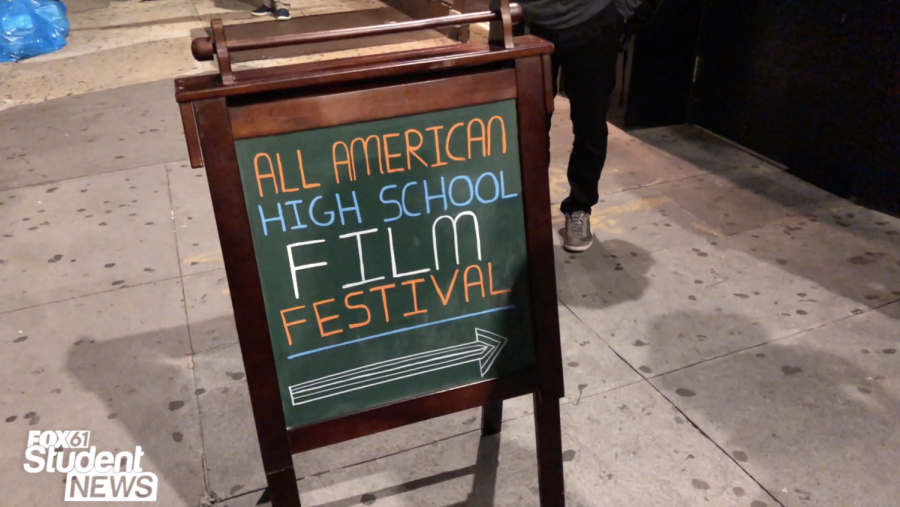 The All-American High School Film Festival is the top destination for talented high school filmmakers where there is a goal to connect the filmmakers of the future with the rewards, respect, and recognition they deserve.

This year, a group of lucky Connecticut students had their film nominated as an official selection and were invited to attend the event in the heart of New York City.

At the event, students from all around the world gather at the Kings Theater in Brooklyn NY, to attend the IMAX red carpet and the Teen Indie Awards. And what better place than the Big Apple to enjoy a weekend full of exciting events.

So what makes an event like this so impactful and important?

Andrew Jenks, festival founder, and accomplished filmmaker discussed how he came up with the idea of the high school competition.

“The All-American High School Film Festival was really started because I started to see all of these high school films from around the country, and realized that they had nowhere to play and show,” he stated.

“We thought why don’t we have this big film festival in Times Square so it’s a cool way to celebrate all these films.”

This event was started 6 years ago and has continued to be a success for young filmmakers to showcase their artistry with over five thousand attendees.

Josh Peters, a Student filmmaker from Florida, expressed his appreciation for the experience.

“Coming here and seeing all these films, I’m like wow, I really need to step up my game.”

Angel James, a student filmmaker from Pennsylvania, remarks that this is a special opportunity for aspiring artists to see their creations on the big screen.

“I am at a festival right now, and I’m going to be able to say I’m at the movies and guess what movie I’m watching right now, I’m watching mine,” She said,  “I’m watching my film. Seeing movies in the theater is like that untouchable thing, it like a whole other world and now it’s like I’m a part of that in a way.”

Jenks told said the professionalism offered to students is a unique experience.

“You’re getting the experience of a professional filmmaker and you’re seeing your movie on a big screen and we’re trying to treat you like a professional.” He asserted,  “And in turn, you’ll become more of a professional as well. So I think it’s just a cool chance for students from all over the world to come and make their movies.”

From the classroom to the movie theater, students now have a taste of the big screen, leaving them hungry for Hollywood.