A New School, A New Year 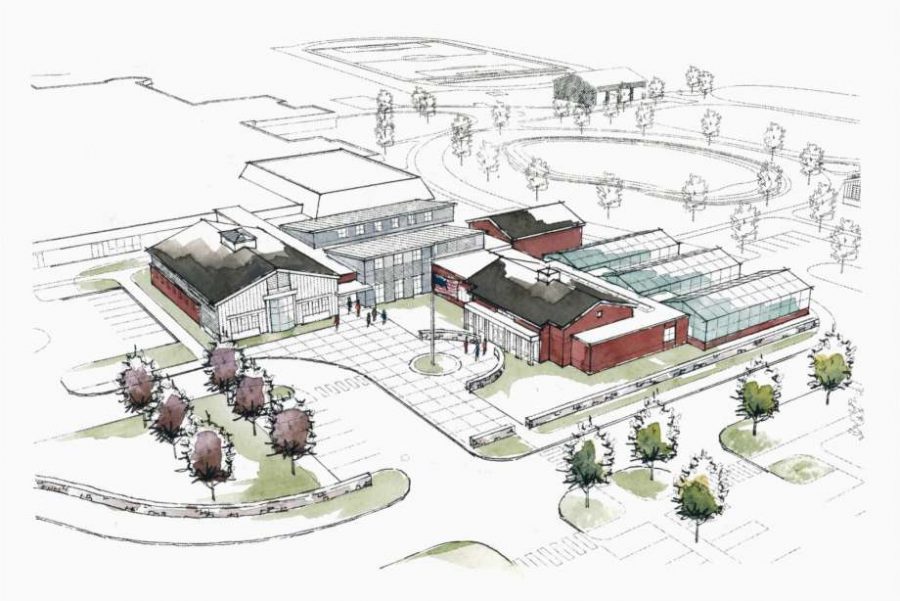 Early in 2019, Shepaug Valley School started the construction for their new Agriscience building. As construction carries on, the school community continues to be excited about the future of Shepaug.

Superintendent Megan Bennett stated in a letter to the community earlier this year, “I am proud of the progress that our construction team has made at the Shepaug campus”. There is certainly a lot to be proud of. People in the community were very excited for the new addition to the school, but what really matters is what the students and staff of Shepaug think.

While the ongoing construction may sometimes be an inconvenience to students and staff, ultimately people are excited. Scott Werkhoven, a science teacher at Shepaug, stated, “The labs are cool. It’s exciting to have four new, state-of-the-art labs.” The previous labs were over 30 years old and in need of upgrades.

Students like Isabella Guzman are excited about some of the non-academic improvements as well. Guzman stated “the new parking spots are a much needed improvement compared to the amount of space dedicated to parking before.” Shepaug’ s new program is destined for great things!