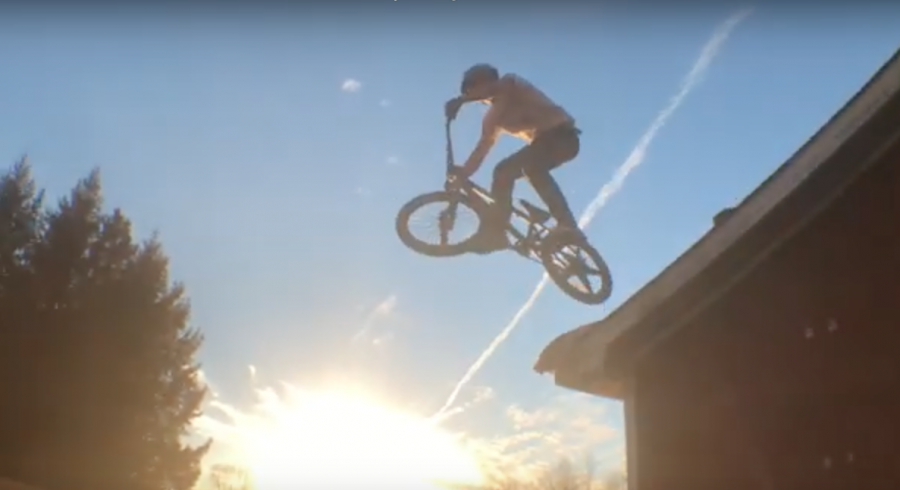 If you are a resident of New Preston, CT, you’ve most likely heard of the “Bike Gang”. This gang, however, re-defines the term. Not as a group of criminals, but instead as a team of young adolescents that enjoy biking around town and participating in extreme sports.

Nearly every day the group of 11-15 year-old boys go on rides around town.  They live for the thrill of extreme sports, and film and edit videos which they post on their social channels.

The team originally started when Jack moved into the neighborhood.

“My favorite part of the ‘Bike Gang’ is when we all can get together and ride as a unit,” said Jack Colangelo, the group’s creator. “We can mob around the streets on our bicycles together. That is the most fun thing.”

The boys love to bike in general, but it also helps them get fresh air and time off of their phones.

“The alternative is to sit inside all day and play video games or be anti-social, so I think it is great,” said Maggie Colangelo, Jack’s mom. “They are out there being active.”

The team uses their skills and tricks to promote their social media accounts which have nearly hit 1,000 instagram followers. But the true purpose of the “Bike Gang” is to have fun and meet new people. With all of today’s technological distractions, it’s nice to see the team outside and having fun. These kids have a bright future, don’t you think?