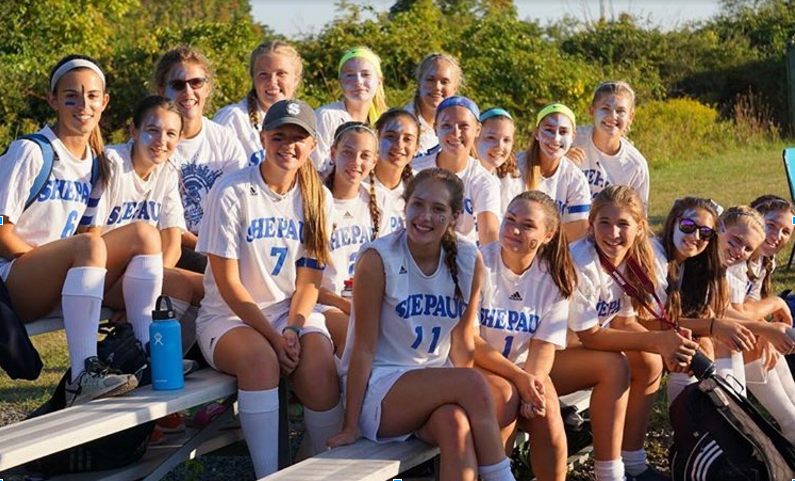 The Spartan Club, led by Jason Conway, held Shepaug’s second annual Homecoming on Friday, September 23rd. The day kicked off with a varsity field hockey game followed by back-to-back soccer games in the evening. The boy’s soccer team, like last year, earned their first win of the season at this game. Goals were scored by Connor Douskey and Eamon Crossley. The final score was 3-1 vs Gilbert; Douskey scored once and Crossley scored twice. The girls’ team had a tough defeat against Gilbert under the lights with a final score of 3-4. The majority of the game went like this: the lady Spartans would score a goal, only to have Gilbert score instantly; this happened three times. However, at the end, the win went to Gilbert by one goal. The entryway to the soccer field was livelier than ever, bringing both families of the soccer players and members of the community to the event. Lining the walkway were many different food trucks: a local barbecue truck, a french fry truck, and others. Individual school clubs and classes were also selling products and foods, making the overall night a very successful, and eventful.

The week leading up to Homecoming was Spirit Week, led by the Class of 2017. The week went as follows: Monday was Color War Day, Tuesday was America Day, Wednesday was Tacky Tourist Day, Thursday was Pajama Day, and Friday was Spirit Day. The seniors also held a pep rally at the end of the day on Friday to set the mood for the games to come that night. The Class of 2018 also added more pizzazz and excitement to the event by hosting a Homecoming Dance the following Saturday, on September 24th. This again was a great success, and the Class of 2018 is already looking forward to planning this event next year.

The members of Spartan Club would like to thank everyone who helped out to make this event possible, especially the local fire departments for allowing the school to use the lights to host night games for the evening!