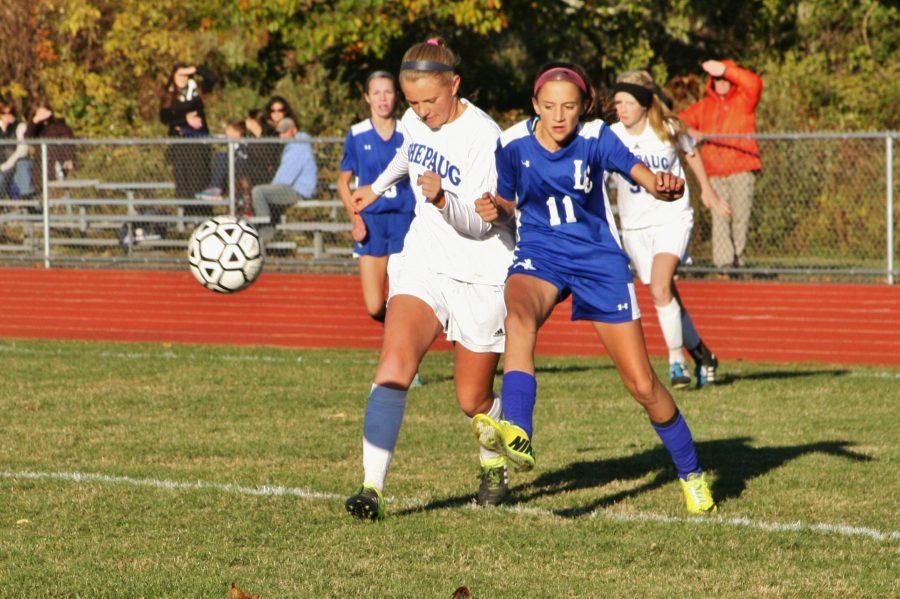 After leaving behind captains Sam Moravsky and Carolina Kelly last year, the soccer team knew this season was going to be a rebuilding year for the Shepaug Spartans. They came into the season with a total of ten freshmen, eleven Sophomores, four Juniors, and newly instated captains Samantha Patrick, Noelia Aguirre and Maddie Gorra. Prepared to work hard and knowing they were a very young team, the Spartans started practicing six days a week, determined to continue being strong and aggressive against opponents.

This years the captains have been tremendous leaders. They are role models for all players on and off the field.  They encourage the team to self motivate at all times during practices and games. With their constant positive feedback, each and every single player has improved their skills and abilities.

The Spartans began the halfway mark this season with no wins and eight losses. They tied two games, one being Gilbert on the home field at Homecoming and the other against Thomaston. Both games went into overtime.

The Spartans will strategize ways to improve, including revisiting the offensive lineup. Scoring this season has been a struggle for the Spartans. During practice, offensive players have mainly been focused and determined on scoring and taking shots.

Head coach Tara Flaherty has been just as determined as the team. She continues to put 100% of her time and effort into the team, assisted by J.V. Coach Hynes who took over for former Coach Bishop.