Field hockey rebuilding to the top 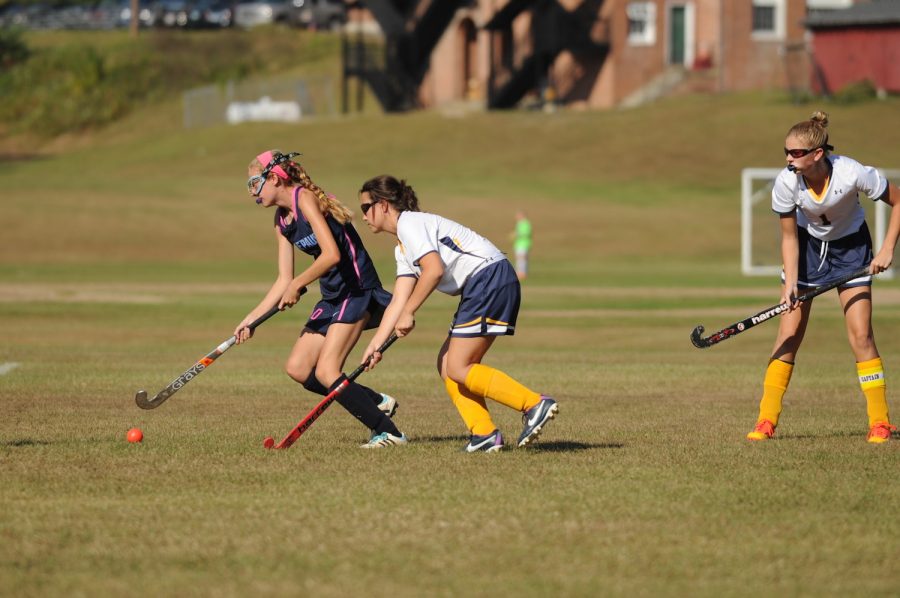 Page Johnson leads the field hockey team as the only senior captain.

As the fall 2016 sport season begins to slow down, the Shepaug field hockey team is looking at a hopeful record. The girls began the season with starting positions that needed filling after losing 13 seniors the previous year. With only one senior on the team, the Spartans and coaches knew they would need to work harder than ever before.

The team first competed with Nonnewaug losing 0-4. However, they made a comeback the next game, winning 1-0 against the team who ruled the league the previous year, Thomaston. As the team continued their season, they had many wins and losses, but have made great strides in personal and team growth. When their second game against Nonnewaug arrived, the team suffered another loss, but this time stayed in the lead for the first half of the game while holding their own throughout the second.

With their record of 6 wins, 6 losses, and one tie, the girls are looking towards a great rest of their season. Support the field hockey team as they compete against Housatonic for ‘Senior Night’ on November 11.