Shepaug Dramatics presents The Importance of Being Earnest 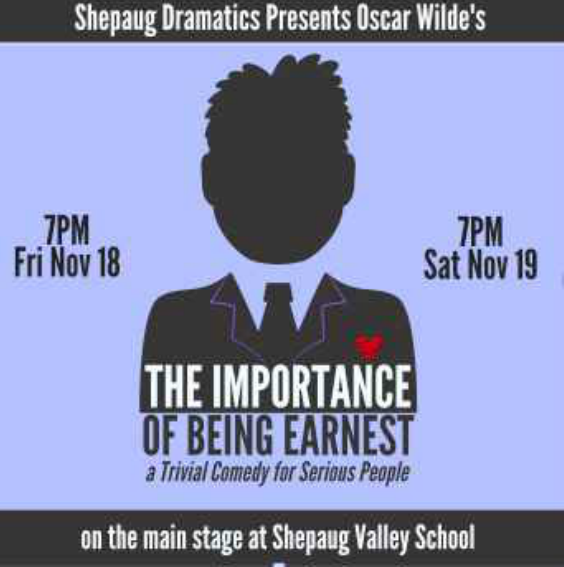 This year, Shepaug Dramatics performed Oscar Wilde’s The Importance of Being Earnest on November eighteenth and nineteenth at seven o’clock. The play exposed the absurdity and humor in Victorian society through its two male bachelors, Jack and Algernon. Both are trying to win the girls of their dreams. Unfortunately the women in this show are only interested in men named Earnest! The two men try to woo their suitors and carry on a double life as Earnest. They run into trouble when the women believe they are engaged to the same Earnest and hilarity ensues. The cast consistsed of Shepaug veterans such as Maddy Gorra, Lars Vikstrom, Tegan Anderson, Wilson King, Thomas Bachelier, and Bridget Snyder. New members to Shepaug Dramatics include Jake Diller, Jack Roush, and Autumn Dion. The sets for the play were designed by two new stage managers, Tegan Anderson and Kayleigh McKay as well as built with the great work of Shepaug Dramatics stage crew.

This was Mrs.Eddy’s second time directing a play at Shepaug. She described the play as, “Wicked Awesome”. With brand new cast members and stage managers, this production was a hit. The play is even jokingly described as, “A trivial comedy for serious people”. Well-done Shepaug Dramatics!