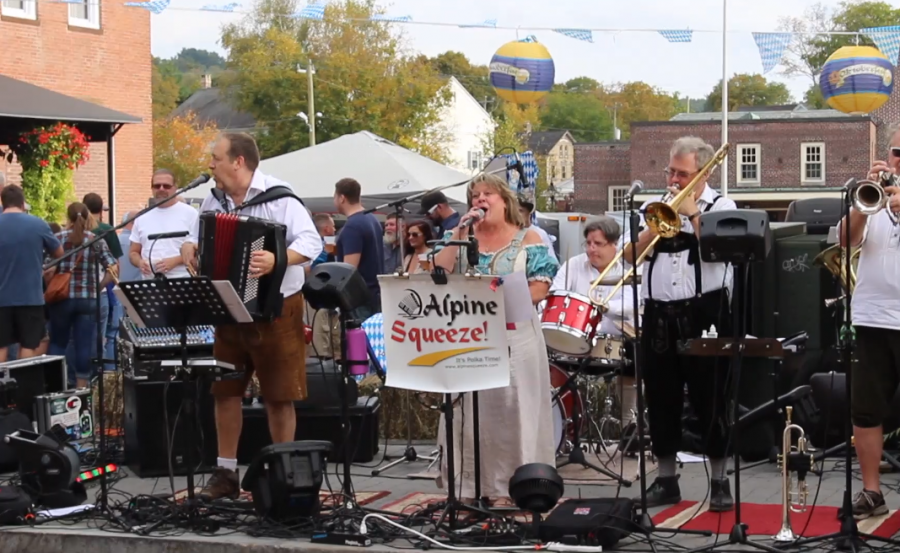 Oktoberfest on the New Milford Green.

Kayla Amorosa and Mallory Noone

Oktoberfest is traditionally a festival held annually in Germany. However, central europeans aren’t the only ones that get to celebrate in the festivities.

The owners of the Alpenhaus, Manuela and Jeff, decided that New Milford needed a change of scenery. Given that the couple had previously lived in Germany, they immediately noticed the difference between American versus Bavarian culture. This is when the two proposed the idea of Oktoberfest.

Thanks to the Alpenhaus restaurant, you don’t have to be german to enjoy Oktoberfest.