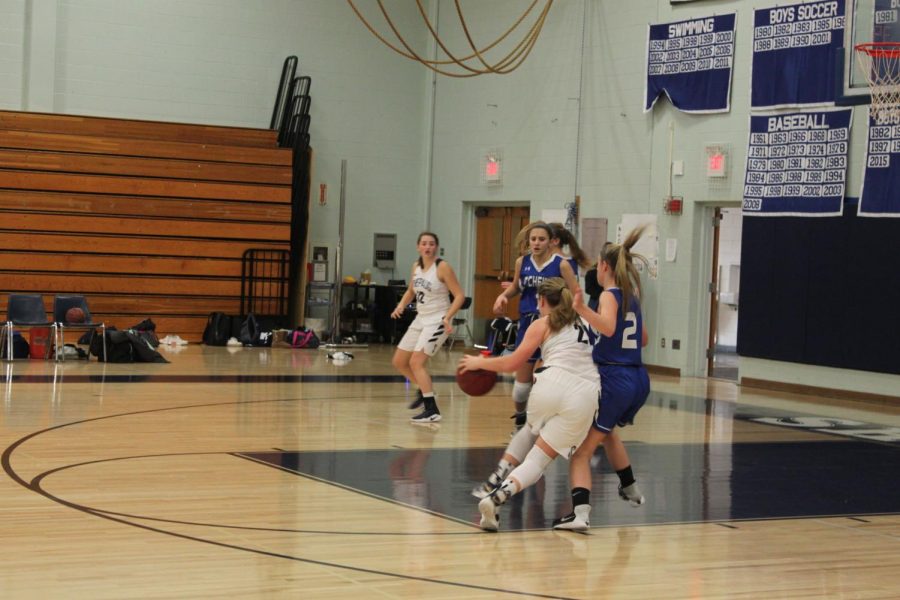 Shepaug Girls’ Basketball went from a 0-20 season in 2017 to a 6-10 season as of February 3, 2018. This game secured their spot in Berkshires. Before the game on Saturday, Lucy Puskas, a two-season sophomore veteran and varsity starter discussed the growth of her team and the importance of winning Saturday’s game. “[We] need to beat Litchfield today to solidify our position [in Berkshires].” She also stressed the team is working extra hard since they are a small team, saying “we are a small team, half the JV plays Varsity.” This team is a perfect example of the hard work and perseverance that Shepaug students strive to achieve, and they need our support as they only have a few games left in the season and need to tally some wins to compete in the state tournament.

On February 3, the JV team played a great game, winning 24-8, and then got ready for the varsity game, which was not going to be an easy win. The game started off with Shepaug quickly scoring a two-point basket, but Litchfield proved to bring a strong game, scoring three more two pointers within the next few minutes. The game continued, leaving supporters from both teams on the edge of their seats. At half time, Litchfield was winning by three points, making it anyone’s game. The most exciting part of the game was during the last three minutes. With 2:28 left on the clock, the score was 28-27, but by 1:50 it was 30-30. Puskas scored making it 32-30, but with 38 seconds on the clock the score was 32:31. With a point separating the teams, Shepaug scored again and the game ended with a score of 33:31. They left the court excited and ready to relax after a long and stressful game.

Show some Spartan spirit and come to support the Shepaug Girls’ basketball team. Be sure to check out their schedule on the Shepaug Valley School website. Their games are a thrill to watch, but their season is almost over and they need our support to continue their journey to States.