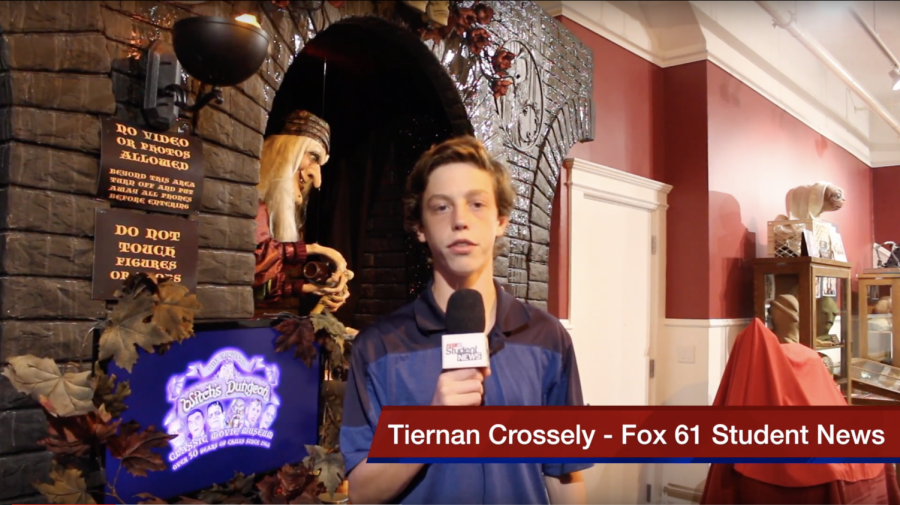 It’s the month of horror so it’s time for some scary movies, and no one does better than The Witch’s Dungeon in Bristol.

The Witch’s Dungeon in Bristol is a classic movie museum filled with scary life-size figures and original movie props. But don’t get it twisted, it’s not a haunted house, but instead a house of horror educating visitors about some frightening classics.

Cortland Hull, the museum creator, was inspired to create this museum when his great-uncle, the actor Henry Hull, showed him around the sets. “Well one of the things that inspired me was because my great-uncle was an actor in films and he was the very first Werewolf of London in 1935,” Hull said.

The Witches Dungeon includes a tour with exhibits and creepy tour guides that lead the way, telling guests about each of the life-like creatures. Each of these statues are all handmade, like the infamous Beast. “We had to replicate this costume as accurately as possible and we have right down to the jewelry the character wore,” said Hull. “

And the hair was put on the face.. was put on one hair at a time especially around the eyes and nose” But the witches dungeon isn’t meant to just scare you, its purpose is to show the hard work the studios of the past did to make these creatures come to life on the silver screen.